Retired Capital Grille Server Misses Job So Much He Returns 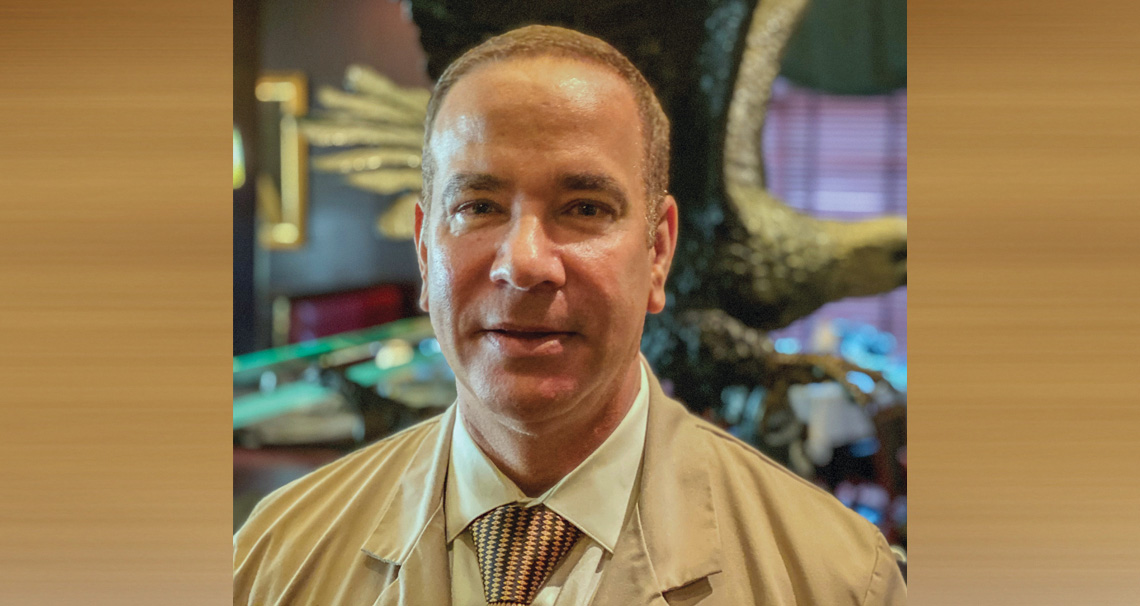 Server Marcos Gonzalez was retired from The Capital Grille restaurant in Miami for five months. He had spent 30 years with Darden, starting with Red Lobster back in the day, but he grew bored and missed the job, his team and his guests — so he retired from retirement.

“It was very different than I expected,” Marcos said. “The great thing is I could go back to the job I loved and still enjoy the life I had when I was retired. I can take a week off here and there if I want to. With that flexibility, I’d be a fool to not take advantage of everything.”

Marcos, who has worked at the Miami restaurant for 21 years, said team members would call every night during his retirement to tell him about guests who had wanted to say hello and couldn’t believe he was gone. “I missed those connections,” he said. “I have their phone numbers, but that’s not the same thing as seeing the guests and their families in the restaurant and taking care of them.”

So he called Managing Partner Gabriel Valle and asked if he could return. “He told me a party had asked for me for the next night,” Marcos said. “He said, ‘You want to start tomorrow night?’ That was his response. I was blown away by that!”

Marcos said his restaurant is an “oiled machine that’s efficient from the management team to the dishwashers, bussers and kitchen staff. The team has a strong connection, and that’s thanks to good managers. Gabriel is like a brother to me.”

The affection is mutual. “Marcos is cherished by guests for his attention to detail,” Gabriel said. “He’s a master of conducting a special evening such as a birthday or anniversary and is equally adept at orchestrating a private function for 75 or more people. While many of his guests love the ambiance and food at The Capital Grille, his warmth, charm and true caring for their needs is what brings them back year after year.”

Marcos considers Capital Grille Senior Vice President Ron Adelman part of his family, too. Ron, who was managing partner of the Miami restaurant from 1998 to 2004, hired Marcos. “Ron calls me every year on my birthday," Marcos said. "That means a lot to me.”

“From the beginning, Marcos had the heart of a server,” Ron said, “and he was a huge part of the success of the Capital Grille in Miami. He always made a personal connection with my wife and children when they were in the restaurant, and he played an important role in my success as a young leader trying to grow a successful restaurant.”

Although he loves his job, Marcos said that if he could spend one day in any career, he would be an astronaut. He’s already a recreational pilot. "I would love to look at the Earth from outer space and see how peaceful, beautiful and tranquil it appears. I would love to have a different perspective of our planet.” But for now, he intends to keep his feet on the ground.

“I’m just going to enjoy myself, be there with my guests, support them and smile when they come in,” he said. “That’s what I want. The Capital Grille has always been there for me, and I’m always there for them.”